In an effort to consolidate the ongoing work that Pennsylvania and Lancaster County have done in the area of BARJ, the Juvenile Justice System Enhancement Strategy (JJSES) was developed, the stages of which began being implemented in 2010. The Office of Juvenile Probation has embraced the mission of JJSES which summed up in its Statement of Purpose:

“We dedicate ourselves to working in partnership to enhance the capacity of Pennsylvania’s juvenile justice system to achieve its balanced and restorative justice mission by:

The JJSES corresponds to the principles of balanced and restorative justice, the foundation upon which our juvenile justice system is built. Simply put, JJSES emphasizes the use of research evidence to achieve one of the core BARJ objectives: increasing youth skills (competency development) in order to reduce the likelihood that those involved in the juvenile justice system will commit delinquent acts in the future. JJSES is being implemented in four stages across Pennsylvania and including the Office of Juvenile Probation here. 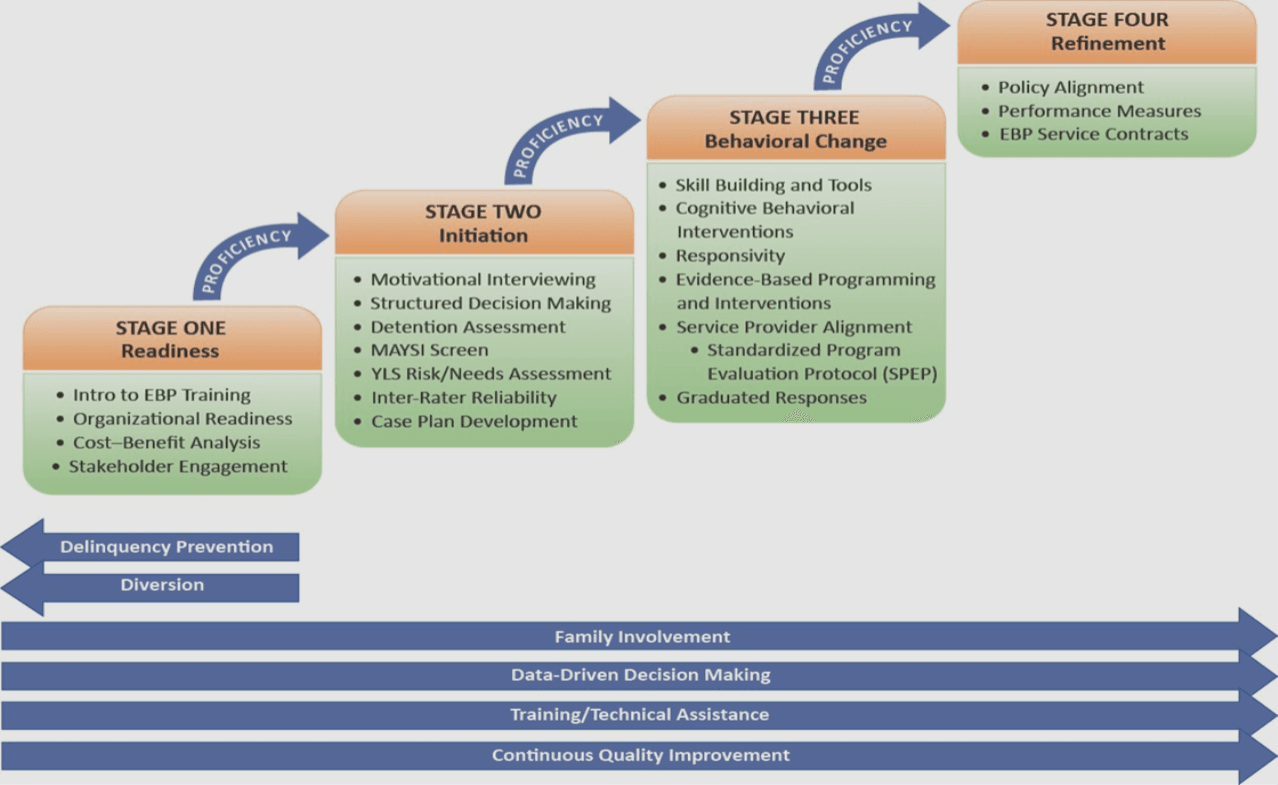